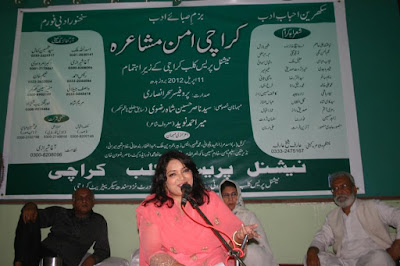 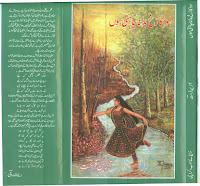 In view of the amount of good quality poetry she has produced in relatively short period of her literary journey, it can be safely concoluded that she will no doubt make a permanent  mark among her contemporaries.

Posted by Akhtar Injeeli at 11:47 AM No comments:

If you answer yes to any of the above questions, please view a site that is created for and dedicated to this cause, just click:

Your clicks matter! Your support matters!

Join us on our Facebook Account and be a part of an ever enlarging circle of friends, well-wishers and supporters of Christian Urdu Writers and Poets. 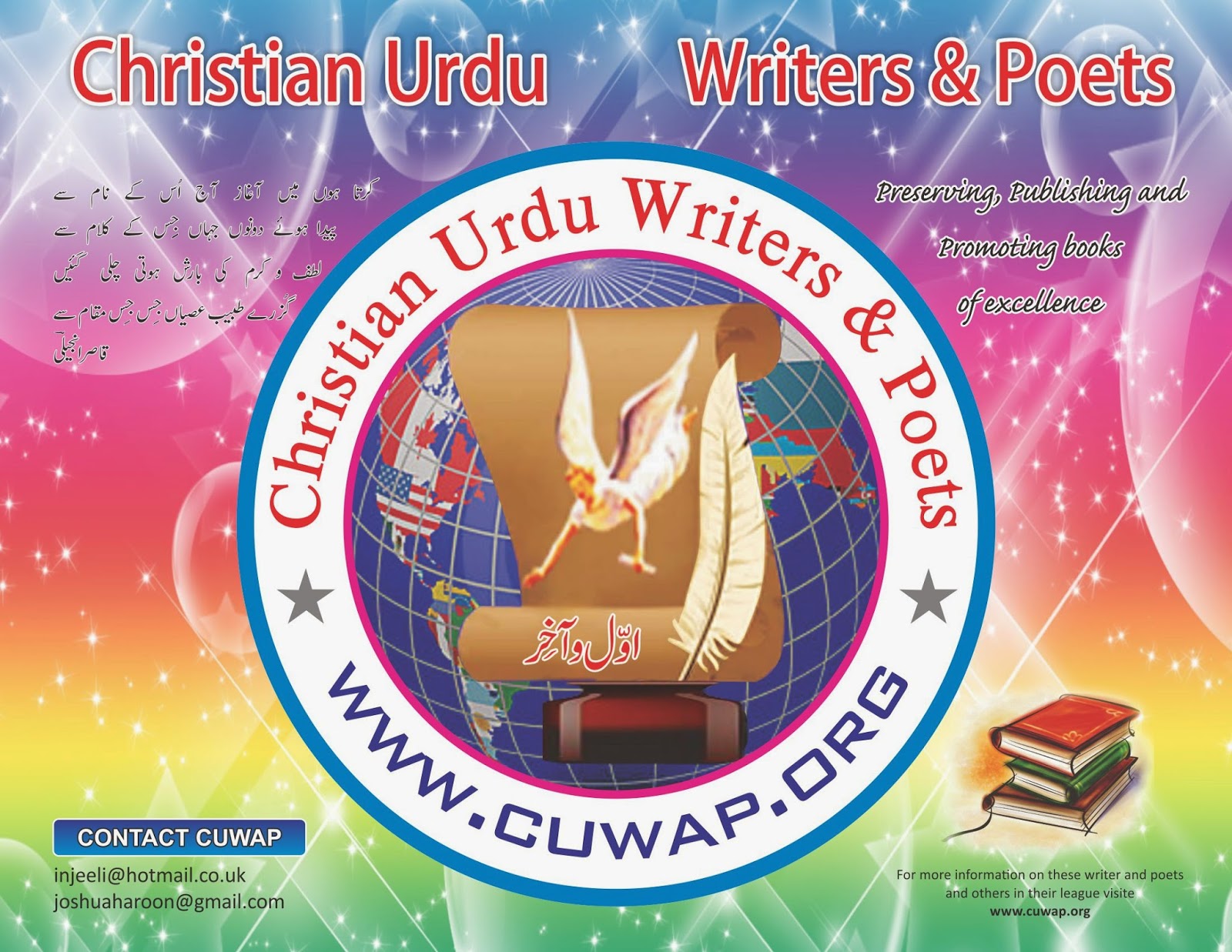 Posted by Akhtar Injeeli at 2:24 AM No comments: 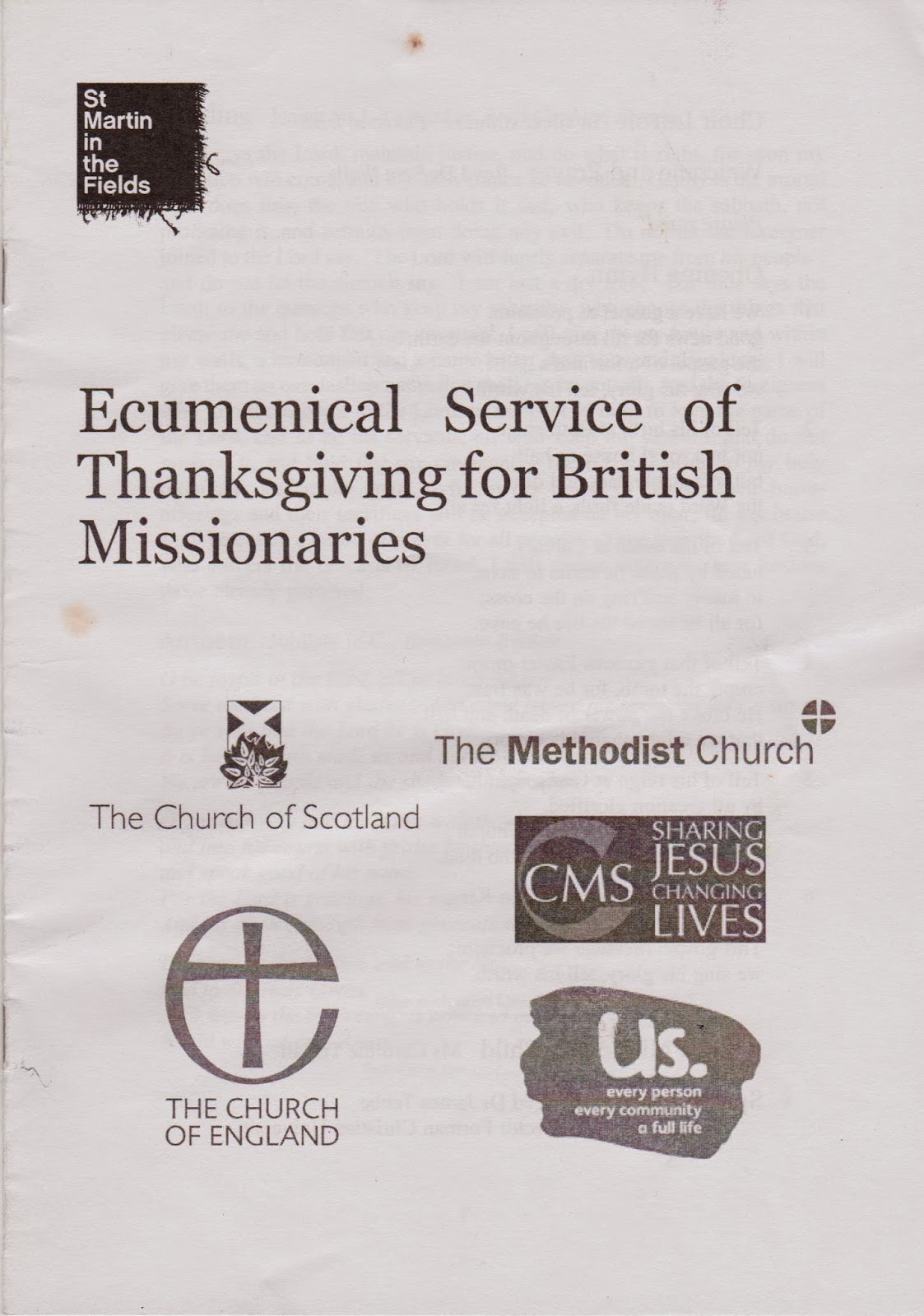 27th Sept 2014, London: A large group of Pakistani background Christians gathered in the St. Martin in the Fields church to express their gratitude to the British missionaries who risked everything to bring the Gospel truths to the Indian region that now constitutes Pakistan. The service was attended by the former missionaries, their children, those interested in the church works in Pakistan and nearly  a hundred Pakistanis.
the Service started promptly at 11:00 am under the leadership of Rev Rana Youab Khan and the sermon was delivered by The Rt Rev Michael Ipgrave Bishop of Woolwich. A moving testimony - Being a Missionary Child - was shared by Ms Caroline Tisdall, who spent her early childhood in India with her missionary parents.  The present challenges facing the Church in Pakistan were shared by the President of the Foreman Christian College University, Lahore.
*****************************
A brief abstract of the Church History of Pakistan was read which is copied here in its entirety for all those interested:
"The Christian story may have begun in what is now Pakistan much earlier than people imagine. Did St Thomas the Apostle come to Taxila and convert its king? The city was a considerable centre of commerce and learning in the reign of Gondaphares, whose conversion to Christianity is claimed in the apocryphal Acts of Thomas. There is also evidence of Christianity in Baluchistan, Sindh and the Punjab up until the end of the 7th century - the result of evangelism by Persian Christians.
Empire was of course a huge factor, both in the impact of the invading Muslim army of Muhammad bin Qasim in 712, and the possibilities for mission opened up by colonizing forces from Portugal, France, and Britain. Jesuit missionaries sent from Portuguese-held Goa built a Catholic church in Lahore, the first in Punjab, around 1597. Two years earlier they had been granted that permission by the emperor Akbar, who had called them to his court in Fatehpur Sikri for religious discussions. Small Catholic communities continued, to exit into the 16th century in Lahore and the Sindh, despite intermittent Mughal persecution and the end of Jesuit mission in 1760.
From 1803 British universities for several years held a prize competition for essays on 'the best means of extending the blessings of civilization and true religion among the inhabitants of Hinduism'. For all the ethnocentric assumptions  those phrases carry, British missionaries of the calibre of the Baptist 'Serampore Trio' of Marshman, Ward and Carey, and the Anglicans Benjamin Bailey, Joseph Fennn and Henry Baker, Claudius Buchannan and Henry Martyn, to whom we owe the Urdu Bible, made an entry in his journal  about the Qur'an: 'Felt much shame at being obliged to confess much ignorance of many things which I ought to know',  and publicly urged the recognition of  'eastern ways of seeing, imagining and reasoning'. The first Scottish missionary, Thomas Hunter along with his wife, Jane Scott, and baby son, came to Sialkot in January 1857. The Hunter family were killed during the Indian mutiny later that year, but their name lives on in the name of the parish church in Sialkot, Hunter Memorial Church, where generations of Christians have worshiped.
Later Victorian missionaries were not always so affirmative of the thought-world of India, but imperial  arrogance was countered by such  people as the first Anglican Bishop of Lahore, Thomas Valpy French, known as the haft-zuban padre, 'the seven-tongued priest', for his familiarity with the classical European and Indian languages.
It is important to note that he British missionaries not just served in the area of education, evangelism and health care etc but also were very much concerned about civil rights and even participated in the Independence Movement in British India.
From such people, and the pioneer Indo-Pak Christian leaders like Safdar Ali and Imad-ud-din Lahiz, I D Shahbaz and Sadhu Sundar Singh we owe the existence and flourishing of the Christian Church in Pakistan, with its doughty determination to continue its work for the Kingdom of God in education, medicine, development and theological witness, whatever crises and challenges may come."
Posted by Akhtar Injeeli at 2:29 PM No comments:

PMRO highlights the plight of Christian Refugees from Pakistan 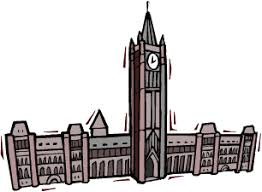 On 3rd September 2014 Pakistan Minorities' Rights Organization's  (PMRO) Chairman, Mr. Asif Mall called for a meeting of prominent Pakistani back ground Christians and concerned MPs of the British Parliament to discuss the plight of Christian refugees and asylum seekers fleeing their native land to avoid dire discrimination and persecution. The meeting took place in the Thatcher Hall of the new Parliament building Westminster Palace London and was attended by over twenty delegates.

The various speakers expressed concern about the status of Christians while they are in Pakistan and also the discriminatory treatment they are faced when they try to leave their land on basis of persecution.
Posted by Akhtar Injeeli at 6:57 AM No comments:

The law of lawlessness strikes yet again... 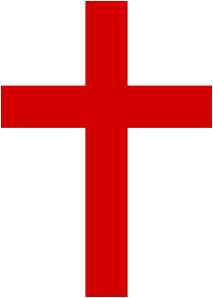 We do not cry, for it is truly said,
"Our tears are frozen dry,
We have no tears to shed!"

Lahore: In Quetta the  Hazara community was targeted for being "Hazara", in Karachi the Shiite community was targeted for being Shiite. So let's just accept the fact that the Christians in Joseph Colony, Badami Bagh, Lahore, were targeted for being Christians.  Xenophobic madness is not an excuse; it is a well thought-out strategy to destabilize Pakistan. Even a casual glance at the history of Pakistan over the last three decades reveals the mathematical predictability of these cowardly acts of destroying Pakistan bit by bit. Cowardly, yes. How else would you describe three to four thousand armed men marching on the houses of 178 unarmed slum dwelling Christians.

Pakistan, according to General Zia ul Haq, the soldier of Islam, is the Castle of Islam. (He is also (dis)credited  with introducing the "blasphemy laws").   And Islam according to Millions of Pakistanis is the Religion of Peace.

Internally nothing has destabilized Pakistan more than the internationally infamous and  controversial laws generally referred to as "the Blasphemy laws". The total price of these laws to the state of Pakistan will always remain  incalculable, for to reach the final figure invaluable factors such as human  lives, international goodwill, inter-community harmony and fear and psychological maladies caused by it need accounted for. There just is no formula to do so, and indeed none can be developed.  However Pakistan in its own way has worked out a formula to deal with situations that keep arising.

1. A petty Christian worker invokes jealousy of a Muslim neighbour by being successful in his own little business.

2. The Muslim neighbour alleges that the Christian has insulted either the religion of Islam or the Holy book of Islam, or the Prophet of Islam. At this stage no further "proof" or "evidence" is needed. All the demands of Law are  supposedly met.

3. A mob is gathered usually in thousands and the verdict of justice is delivered in the form of terror, hell fire and merciless burnings and killings. The world watches....thanks to modern media devices.

4. The President of Pakistan, the PM of Pakistan and other government officials react by "...has taken notice of the events" strategies. A few more slogans like somebody "will be brought to justice", and "a full and comprehensive inquiry will be conducted" etc., etc. Buy time. And in due course another atrocity takes place, and so the cycle continues.

The latest in this cycle of events has occurred on the 9th March 2013.  For details, kindly use the links below. 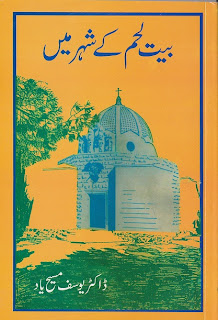 Posted by Akhtar Injeeli at 3:53 PM No comments: 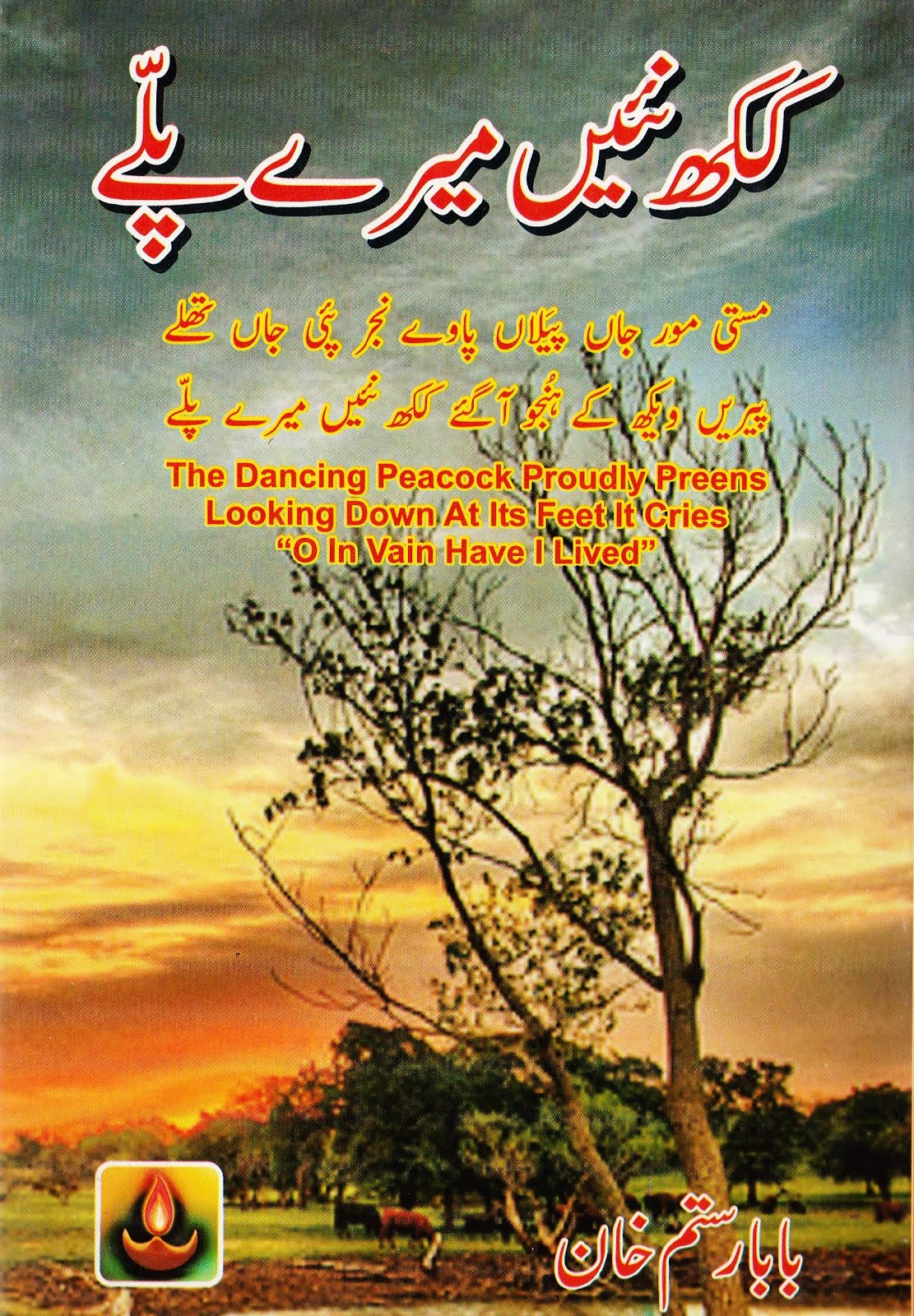 A Sample of Allama Sharar's work 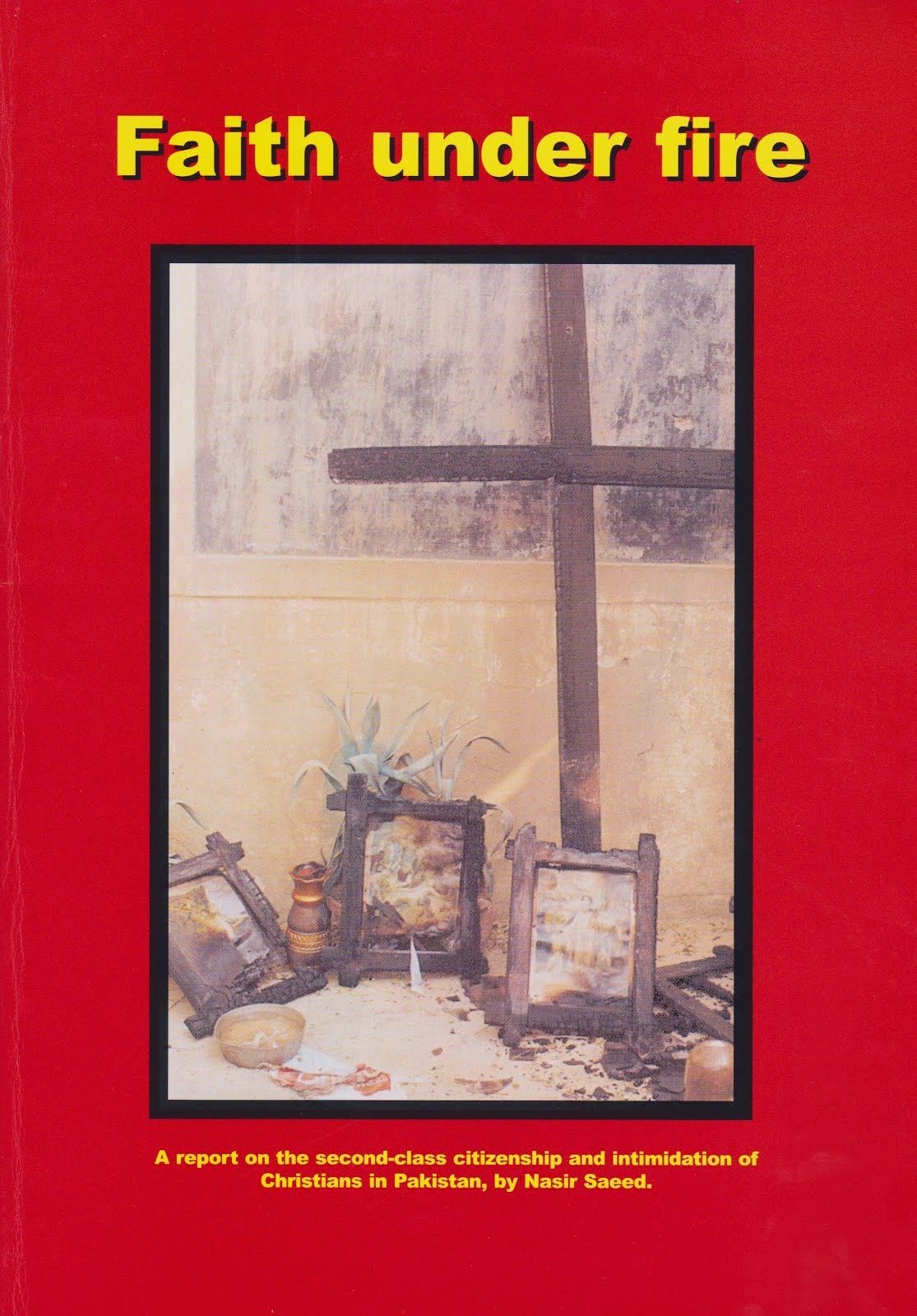 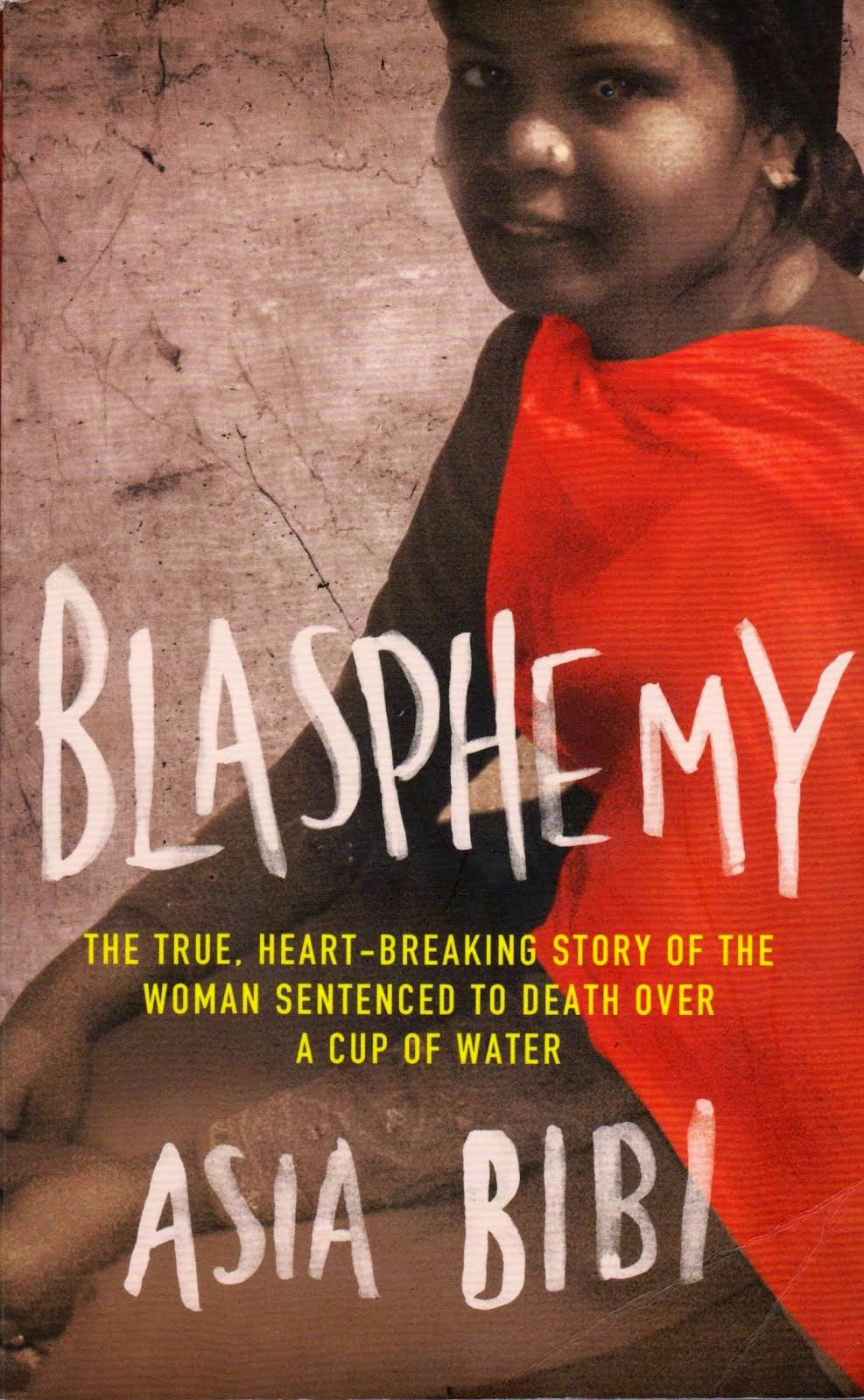 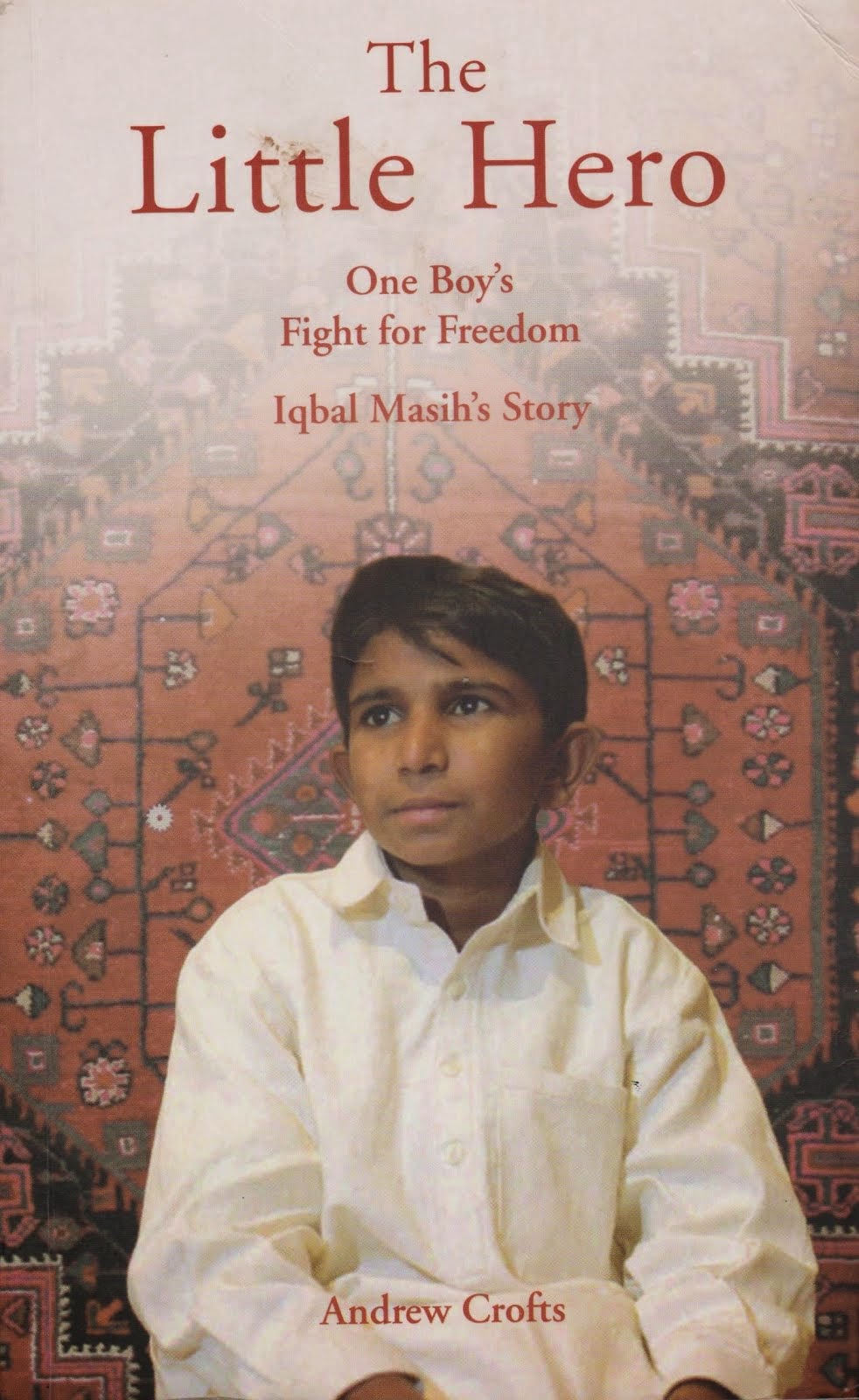 A Concise History of Pakistani Christians 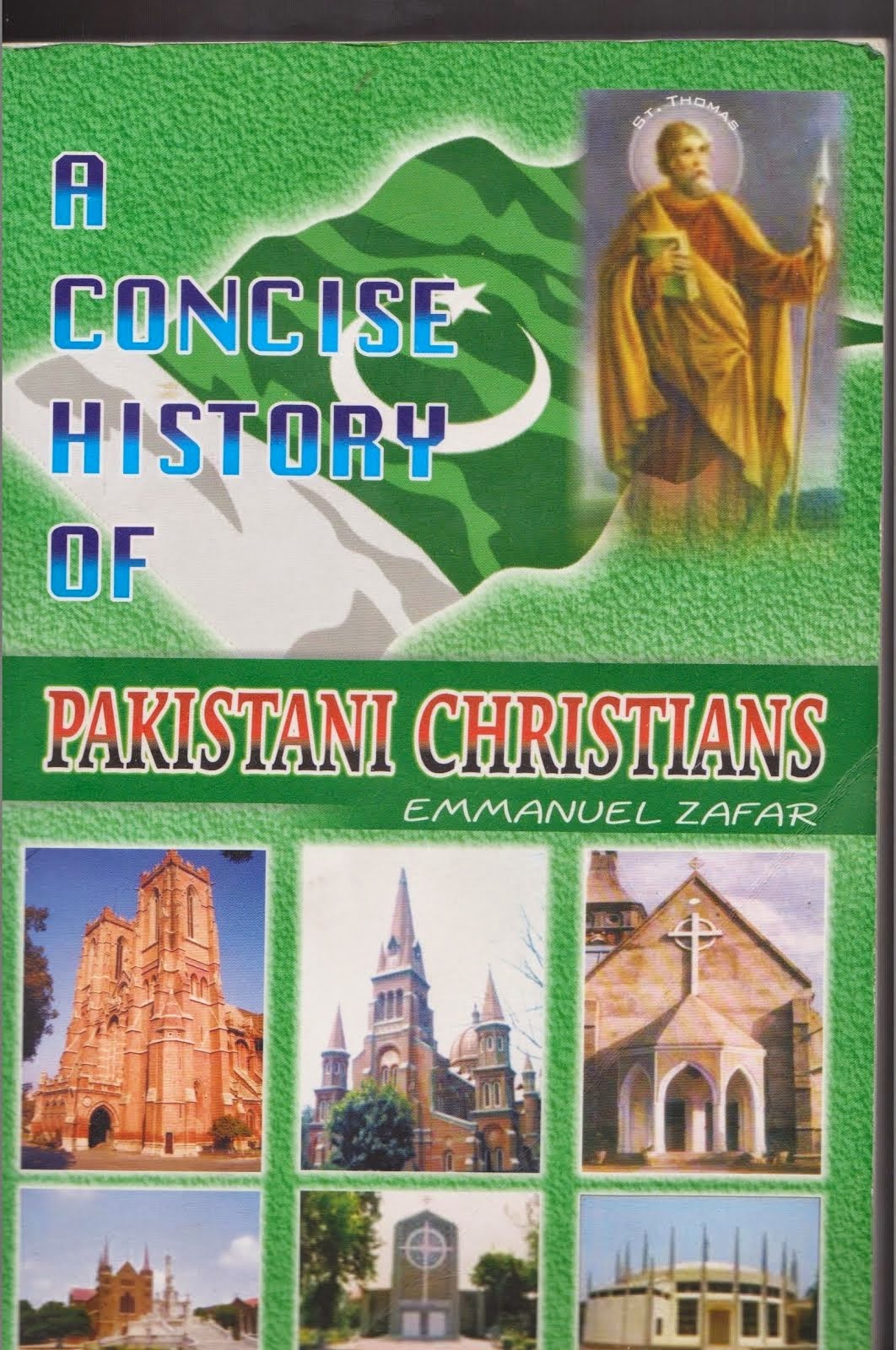 A Rabbi was once passing through a field where he saw a very old man planting an oak tree. 'Why are you planting that tree?' Said he. 'You surely do not expect to live long enough to see the acorn grow up into an oak tree?'
'Ah,' replied the old man, 'my ancestors planted trees not for themselves, but for us, in order that we might enjoy their shade and fruit. I am doing likewise for those who will come after me; Talmud Ta'anit 23a